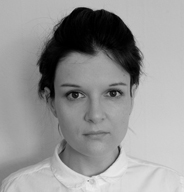 Gudrun Krebitz is an artist and filmmaker who was born in Graz, Austria. She lives and works in Berlin and London. In 2015 she graduated as an MA from the Royal college of art in London after receiving a diploma from the University of film and television in Potsdam- Babelsberg in 2012. Her work has been awarded at various international Film festivals including the “Golden horseman” for her experimental short “Achill” in Dresden 2013, the Grand Prix for best international animation for her film “I know you” at Tampere short film festival 2010 and the “New Perspective Award” for “Achill” at Pernambuco in Brasil 2014. She was awarded a scholarship from the german academic exchange program “DAAD” for her studies in the UK and was nominated at the “ federal competition show” of the german federal ministry of education and research at the “Bundeskunsthalle” in Bonn 2009. Recent exhibitions and screenings include the Institute of Contemporary Arts London, MUMOK in Vienna, Museum of contemporary Art Frankfurt, Oberhausen Short film festival, EMAF European media art fair, Osnabrück, Uppsala International Short Film Festival, the Goethe institute Stockholm and “Bildraum 07” gallery in Vienna where she exhibited her video work alongside the accompanying sequential drawings in March 2016.

Later, when it gets dark and the grown-ups order red wine I am allowed to get up from my seat in the restaurant and play on the street. I am almost euphoric with excitement about the sea being so close, I don’t know where to turn with that. Euphoria is not required. I can sense the smell of adventure, the faraway, fish, mermen, and cigars. The houses are all very close to each other and there is some heat radiating from the parked cars. It’s dark. I jump into the water and dive to meet the waterman. This is where I’ll stay. It’s cool and green and all noise sounds muffled and distant. Down here I can observe really comfortably how the wind is messing with the surface of the water. Can I stay in Trieste all by myself and be prince? I hardly have to explain to you that what I am describing does not exist. I invented the prince, “I” is just a comfortable name for someone who in reality does not exist.